Presently learning to say NO! It’s kind of hard, it gets easier with time!

We all have our own path. We all have things we got to learn the hard way.

Some life lessons come easy. Maybe thanks to a book, maybe even just a quote that resonates and bam you get it!

Some other life lessons come from repeating the same mistakes over and over until eventually, one day, you say “stop”! One day you finally deliberately decide to put an end to it. Because that day, you recognize the pattern and realize it isn’t good for you. 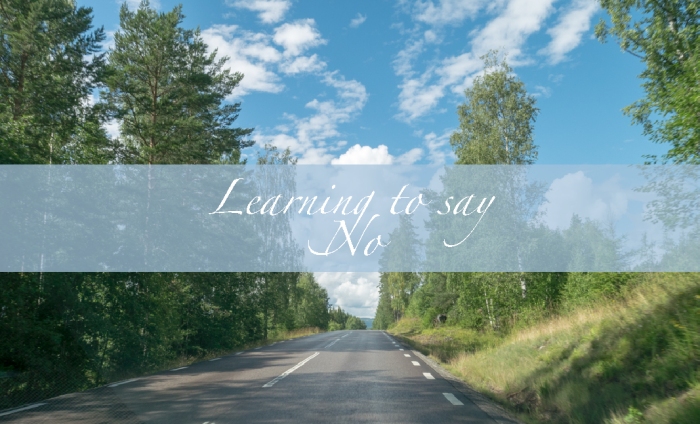 This is where I stand and now, I’m learning to say NO!

Specifically: NO to working on other people’s projects and focus on working on my own instead.

Quite frankly, I feel stupid writing this because it seems so obvious. Of course, everyone who has personal projects should make those a priority. Where did I get the impression that it could be any different?! Where did I possibly get the idea that making someone else’s project happen, was more important that making my own project a reality?!

Actually I can find a few reasons & excuses. The ones I’ve been telling myself:

Those are just a few excuses, amongst a gazillion that would cross my mind. Can you think of others? I bet you can!

But I got to learn to say NO for the simple reason that if I don’t make my projects a priority, no one else will!

Studies have shown that the biggest life regret people have when the end is near, is to not have spent enough time with their loved ones. Having worked too much and not having fulfilled their own dreams comes very close.

As you can guess, my Mom’s passing (first time I write it this way) had me thinking a lot about these sorts of things. The death of loved ones will make you face your own mortality. And I don’t want to have these regrets. Already there are some that will haunt me, since I can’t go back in time, to spend more time with her. So I don’t want to regret not having fulfilled my most important dreams.

I know I’ll probably still make the wrong choices sometimes. Chances are, I’ll choose the wrong ‘priority’ every now and then. I will make mistakes. I know.

But I have started saying NO. No to other’s project. No to my precious time being sucked up.

You know what, it doesn’t feel good at first! You don’t tell your friend NO and then go on to explain your project is more important than theirs. It doesn’t work! So you kind of circle around time issue without explaining things clearly. Maybe it’s just me? I don’t know.

The good thing is that after saying NO a few times, it get easier! And people start asking less and less!

Why did I agree to this in the first place?

I’ve already mentioned above, some of the excuses I gave to myself.

But the truth lies deeper.

The truth is that it’s easier to delay my own projects than to finish them and release them into the world. What if people don’t like what I created? What if no-one cares? What if it’s not good enough?

The hard truth is that I’ve been working on other people’s project to not face my own fears of failure & rejection!