It was never my thing anyway. I get scared, overwhelmed. It is a huge responsibility to photograph someone “best day of their life”. It’s too long and not long enough at the same time. There is the light problem too. And heals and cameras don’t get along so well, especially if you mix with a drop of champagne.

There are other reasons why I decided to not ever do weddings again which I’ll try to explain… If you’re thinking of becoming a wedding photographer, maybe you’ll find here food for thoughts. Maybe you’ll consider that those are things you can deal with and that’s good!

As a photographer, I was happy to get 10 artistically great pictures out of thousands of pictures. Like in a photo shoot where at the end, you select a handful of pictures, or maybe even a single one. But that’s not how it works for weddings. You have to accept that not all pictures are going to be great. Some are just going to be good artistically, some just kind of ok. And some that are just average, your client are going to love. And you’re like: why??

A wedding isn’t about your artistic vision anyway, it’s about documenting an event. Yes, the bride and groom chose you as a photographer for some reasons but most don’t really know why. Maybe they liked some other pictures you took but in most case they don’t know what exactly they liked about such pictures. And then, maybe they chose you because you were the only one available.

Yes yes, don’t scream at me. I agree that your artistic vision is what is going to make the documentation of such an event great. I agree that if you plan right and discuss it well with the bride and groom, you’ll get some result. It’s still not a photo shoot. I’m not saying it should be. But because of this, the resulting pictures are just not the same. Yet, clients tend to hope for such an outcome. They don’t understand that the picture they saw in your portfolio, took you hours to take. They just want to same, taken within seconds. Sometimes it works, most time it doesn’t!

Take the picture of a small group of people and you’ll have amongst them, one or 2 selfie addicts whose head tilting game is strong on. It kills your group picture but they think they look good so they keep doing it. Or maybe everyone in the group is looking toward the bride and it gives a nice flow, a nice focal point, but there is this one person whose face is turned the other way because otherwise it would show their wrong profile. You get the idea. Narcissism kills wedding pictures.

While the selfie culture can ruin your group pictures, phone beauty filters, i.e. Photoshop for idiots, seems to lead to a bunch of people to have a completely distorted view of themselves. It gets really bad when it’s the bride (or groom) that is the one addicted to Snapchat filters. You’ll know right away if you’re facing such issue, because you’ll have a hard time taking a picture of her (or him), not taking a selfie, at her (or his) own wedding. #bestdayofmylife

People who manage to remain natural and be in the moment without thinking about how they look, are the best. Unfortunately it seems that such bread of human is going extinct.

Maybe it’s because you loved my pictures of this wedding taken in a beautiful villa by the beach, on a spring day, which lead to beautiful light shimmering through trees. The outdoor setting was just so romantic with candles and fairy lights and the guests were all happy and relaxed. Or maybe it’s because you loved the pictures of this other wedding in a small chateau of the Loire Valley. The sunset gave a glow to the guests that was just lovely.

Yet, your venue was a hotel conference room with fluorescent lighting. To make things worst, your guests arrived straight from work in their business attire and now you’re disappointed that your pictures look like the ones from a corporate event.

Yes, I love natural light. Yes, it’s important and your venue choice is soooo important too. The venue sets the mood, it will make people happy… or not.

These are just small examples to say that things can be ideal sometimes and then you get these weddings where things go south quickly.  All your wedding clients are not going to have the same taste, some will have pretty bad taste actually! That’s a matter of opinion of course. Overall, they are not all going to have fabulous, dreamy weddings, for one reason or another. All their guests are not going to be happy to be there. Family feud can show on pictures.

Sometimes you are even going to face the situation where the groom doesn’t look too happy to be there either. First you’ll think it’s the stress but then you know and it gets uncomfortable!

I want them all…

As a photographer, you usually agree before hand with your client on what you’ll deliver. The number of pictures, how they’ll be available, the delays…. And then you get the clients who want them all, who demand them all. Because 300, 400 or whatever the number of pictures is, it’s just not enough. Maybe you’ve skipped the one that they will like best? Maybe they think you are so good you never mis-focus? Never take identical pictures? Never mess up?

I just can’t deal with that anymore. It’s exhausting!

You know that groom that didn’t look too happy to be there? Well, when editing the pictures, it became sadly way too obvious. To a point where I was worried that, by giving too many pictures that showed how miserable he was, the bride would want a divorce right after the honeymoon. But they both insisted to get them all… and after a while I thought: what the heck, not my problem! I know, it isn’t very nice.

… and I want them now

Why do clients refuse to understand it takes far more time to edit 500 pictures or 1000 than it takes to edit 100.

They probably believe that if you are a great photographer, the pictures come out perfect straight out of the camera. And there is the Snapchat filter effect as well, I suppose.

Well, I’m sorry I’m not such a great photographer. And maybe you should have slept the night before your wedding, I wouldn’t have to remove your dark circles from every single pictures.

RAW pictures have to be edited. It’s like that. Period.

And there were so many other little things

There were so many other things that bugged me when doing wedding photography. Most importantly I was upset with myself for saying yes, when I knew I should have said no. I thought I was being nice by saying yes. But at the end, I was not doing you a favor. Look, I’m disappointed with the result too. The pictures I took at your wedding are not pictures I’ll want to remember. Most importantly I’m disappointed that I accepted in the first place.

Since I can’t seem to handle saying no, just sometimes, I’m going to say no all the time! it’s easier.

Well, that’s going to be for another post! I have something in mind but the idea needs to mature. I do have the feeling that something huge has been lifted from my shoulders (self inflicted I admit) and that I’m finally ready to move on. I’ve created space for new creative adventures! 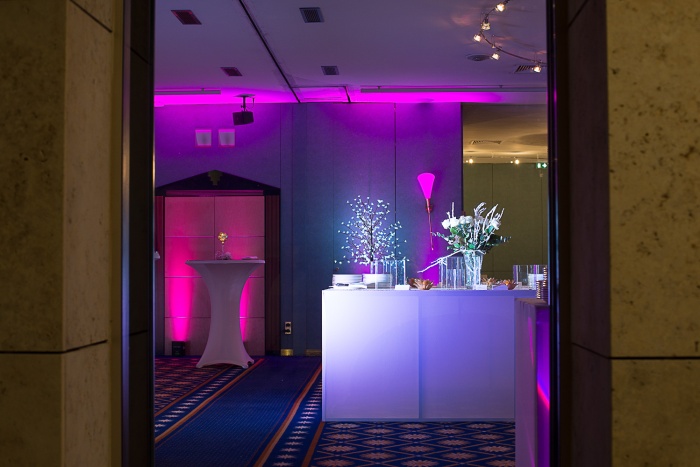